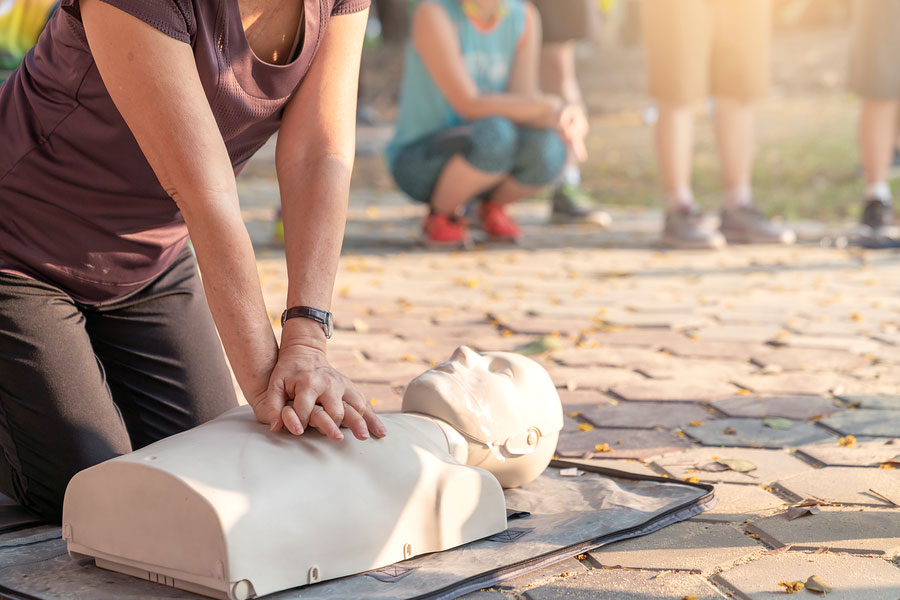 A new Swedish study published by the American Heart Association’s Circulation magazine shows that hands-only CPR encourages bystanders to help cardiac arrest victims, once mouth-to-mouth steps are eliminated. The study found that since compression-only guidelines have been adopted for CPR, the rate of bystanders who performed CPR rose from 40.8 percent to 68.2 percent over a 10-year period.

“CPR in simplest form is just chest compressions,” Dr. Gabriel Riva, of Sweden’s Karolinska Institute and the study’s lead author said when the study was released. “Doing only chest compressions doubles the chance of survival to doing nothing.”

Hands-Only CPR Emerges as an Alternative to Standard CPR

More than 325,000 cardiac arrests occur outside the hospital setting in the United States, and AHA statistics show that immediate CPR may double or triple the survival rate of cardiac arrest victims.  Keeping the blood flowing provides the chance for emergency medical personnel to successfully perform resuscitation when they arrive on the scene.

Swedish Study Results May Not Be Universal

The study researchers acknowledged that since the study was only done in Sweden, the results may not apply to another country’s population.  However, the results are similar to the results shown in research conducted in the United States and Japan. AHA adopted Hands-Only CPR guidelines in 2015 that recommended the compression-only CPR option for those bystanders who do not know how to give breaths or are hesitant to perform mouth-to-mouth resuscitation until trained medical help arrives. The AHA guidelines did recommend that for children, both chest compressions and rescue breaths should still be performed by bystanders. “Bystanders have an important role in out-of-hospital cardiac arrest. Their actions can be lifesaving,” said Dr. Riva, lead author of the Swedish study.

MedTrust Transport provides emergent and non-emergent ambulance services in Charleston, Myrtle Beach, and Georgetown, South Carolina and Jacksonville, Florida.  We have trained EMT personnel and a fleet of fully-equipped ambulances.  We aim to provide compassionate and timely patient care.